Traditionally the production area is located in the hamlet of Montébore of the Municipality of Dernice, which remains on the watershed between the Curone, Grue and Borbera valleys in the province of Alessandria, and in the neighboring municipalities straddling the Curone – Grue – Ossona Valleys and Borbera and Spinti Valleys with their offshoots on the borders of the neighboring regions. 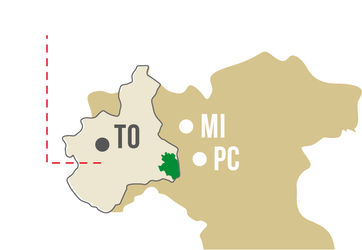 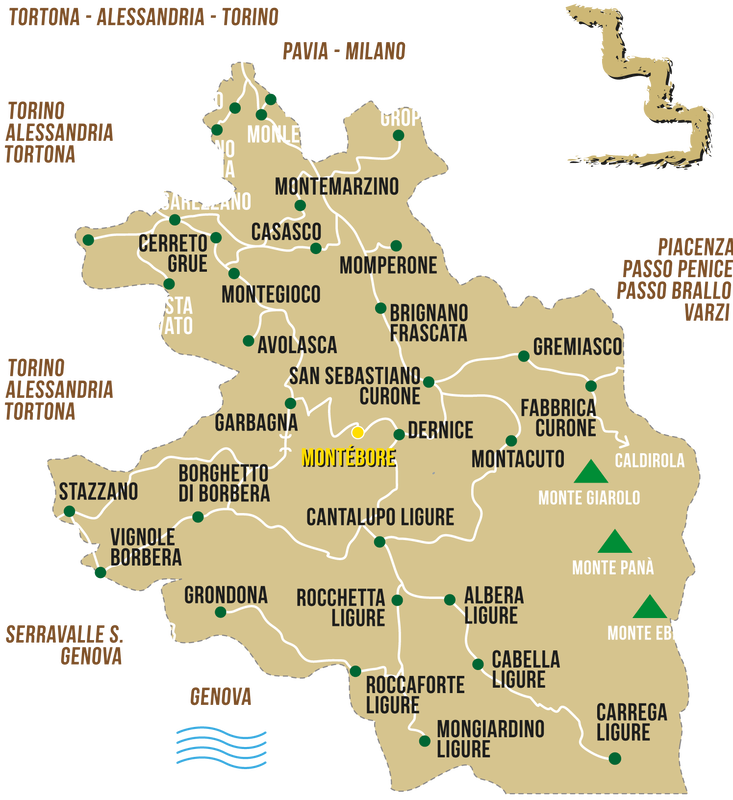 The area is part of the “Tortonesi Hills”, a meeting place of four regions: Piedmont, Lombardy, Liguria and Emilia Romagna.

Here, over the millennia, the orographic configuration has left the easiest passage to connect the so-called “salt road”: the outlet to the sea through the Genoese hinterland which has always represented an ideal bridge between the western end of the Po Valley and the sea . The Piedmontese Apennine area is, historically, a transit area; the valleys that rise towards the watershed with Liguria almost all have outlets, more or less direct, towards the Genoese hinterland.

From prehistoric times to today, this condition has profoundly affected the social, economic and cultural development of the area; colonized by populations of Ligurian lineage (the Piedmontese Alpine areas were instead areas of settlement of Celtic people), several times subjected to the denomination of Genoese lords, the Piedmontese Apennine area has always maintained solid commercial relations with neighboring Liguria and has suffered the influence.

Thus the territory has found the element of cohesion, which is the common belonging to the first part of the northern Apennine chain, whose beginning is conventionally located at the “Bocchetta di Altare” (or from the nearby Passo di Cadibona), in the Savona hinterland, point where the chain joins the Alps. The end of the northern Apennine chain is instead at the “Passo della Cisa”, a communication point between La Spezia and Parma, where the stretch of the Tuscan-Emilian Apennines begins.